View basket “Hungary: A Short History by Norman Stone” has been added to your basket.

This work explores Hungary’s unusually fascinating and complicated history. The nation was only created in 1918 at the end of the First World War from the collapse of the Hapsburg Empire, but it had long antecedents. Norman Stone, pre-eminent historian of central Europe in the 20th century, traces its roots to the nationalist movements of the 19th century, the revolutions of 1848, the booming economy of Buda and Pest, and the creaking collapse of the Austro-Hungarian empire. When Hungary was born in 1918 it was only one-third the size of its former part in the twin-headed Austro-Hungarian empire and its history has not been a happy one. Like Germany it suffered economic collapse and impossible inflation in the immediate post-war years followed by horrible fascist dictatorships. They were only brought to an end by brutal Nazi occupation during the war. 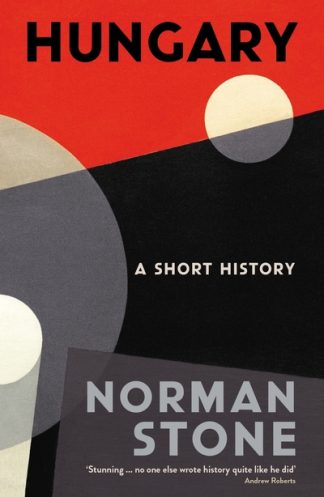 You're viewing: Hungary: A Short History by Norman Stone £9.99
Add to basket