How to Spend a Trillion Dollars: Saving the World and Solving the Biggest Questi by Rowan Hooper

If you were given one trillion dollars, to be spent in a year, on science, what would you do? It’s an unimaginably large sum, yet it’s also the total of the money held by the Norwegian oil investment fund alone, or the current valuations of Apple Computer and of Amazon. So it’s both huge and possible. But what could you achieve? You could eradicate malaria, for one, or end global poverty. You could start to colonise Mars. You could build a massive particle collider to explore the nature of dark matter like never before. You could mine asteroids, build quantum computers, develop artificial consciousness, or increase human lifespan. Or how about transitioning the whole world to renewable energy? Or preserving the rainforests? Or saving all endangered species? You could refreeze the melting Arctic, reverse climate change, cure all diseases, and even launch a new sustainable agricultural revolution. 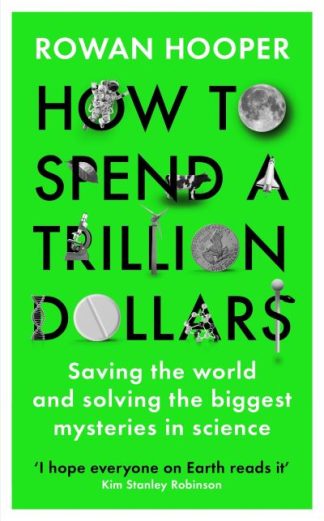 You're viewing: How to Spend a Trillion Dollars: Saving the World and Solving the Biggest Questi by Rowan Hooper £14.99
Add to basket