House With The Stained-Glass Window by Zanna Sloniowska

In 1989, Marianna, the beautiful star soprano at the Lviv opera, is shot dead in the street as she leads the Ukrainian citizens in their protest against Soviet power. Only eleven years old at the time, her daughter tells the story of their family before and after that critical moment – including, ten years later, her own passionate affair with an older, married man. Just like their home city of Lviv, which stands at the crossroads of nations and cultures, the women in this family have had turbulent lives, scarred by war and political turmoil, but also by their own inability to show each other their feelings. Lyrically told, this is the story of a young girl’s emotional, sexual, artistic and political awakening as she matures under the influence of her relatives, her mother’s former lover, her city and its fortunes. 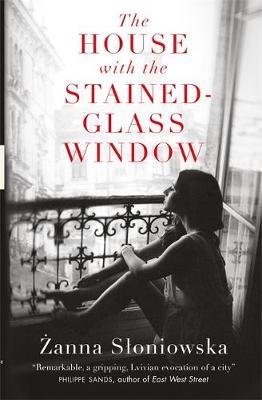 You're viewing: House With The Stained-Glass Window by Zanna Sloniowska £8.99
Add to basket
Join the waiting list We will inform you when the product arrives in stock. Please leave your valid email address below.