House Of Mountfathom by Nigel McDowell

‘THE HOUSE OF MOUNTFATHOM is the kind of book that turned me into a reader in the first place. It has the same clever interweaving of history and fantasy that I so admired in Nigel McDowell’s previous books but is also filled with an utterly infectious kind of delight. The characters are so vivid and the world brims with the most gorgeous detail. And if this wasn’t enough the language itself is a pure joy. Nigel McDowell has left an extraordinary legacy behind something of the imagination and something of the soul.’ Eimear McBride multi-award-winning author of A GIRL IS A HALF-FORMED THING ‘Lyrical ominous and utterly original with a passionate sense of place and history THE HOUSE OF MOUNTFATHOM is one of those books that pushes strange roots down into your mind.’ Frances Hardinge Costa Award-winning author of THE LIE TREE Luke Mountfathom knows he is special and odd. He is told so by everyone he knows. His parents are special and odd too – they are the keepers of the House of Mountfathom a magnificent stately home where the wrong door could take you to a far away land and strange animals appear to stalk the grounds at midnight. The house is his home – but it is also the headquarters of the Driochta a magic-weaving group of poets artists politicians and activists charged with keeping the peace in Ireland. They have many powers – have mastered Mirror-Predicting and Smoke-Summoning and Storm-Breaching – and a final ability: that of Mogrifying; taking on a unique animal form. But Luke’s idyllic existence at Mountfathom cannot last. Word reaches the House of protests across Ireland. There is a wish for independence a rising discontent and scenes of violence that even the Driochta cannot control. In Dublin death and disease is running rife in the tenements; a darkness is clogging the air and is intent on staying. And when things quickly spin out of control for the Driochta it is up to Luke his cat Morrigan and his best friend Killian to worm out the heart of the evil in their land. 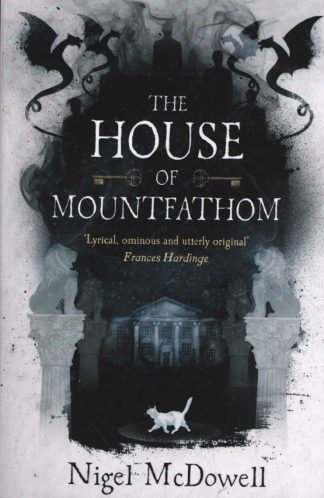 You're viewing: House Of Mountfathom by Nigel McDowell £6.99
Add to basket