House At Pooh Corner by A. A. Milne

One day when Pooh Bear had nothing else to do, he thought he would do something, so he went round to Piglet’s house to see what Piglet was doing.’

This is the second classic children’s story by A.A. Milne about Winnie-the-Pooh and his friends in the Hundred Acre Wood. In this volume Pooh meets the irrepressible Tigger for the first time, learns to play Poohsticks and sets a trap for a Heffalump.

In this stunning edition of The House at Pooh Corner, A.A. Milne’s classic characters are once again brought to life by E.H. Shepard’s illustrations.

Do you own all the classic Pooh titles?

Milne’s classic children’s stories – featuring Piglet, Eeyore, Christopher Robin and, of course, Pooh himself – are both heart-warming and funny, teaching lessons of friendship and reflecting the power of a child’s imagination like no other story before or since.

Pooh ranks alongside other beloved characters such as Paddington Bear, and Peter Rabbit as an essential part of our literary heritage. Whether you’re 5 or 55, Pooh is the bear for all ages. 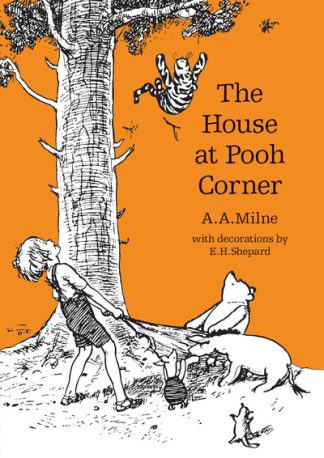