View basket “Wild London: Urban Escapes in and around the City by Sam Hodges” has been added to your basket.

Homecoming: Voices of the Windrush Generation by Colin Grant

When Colin Grant was growing up in Luton in the 1960s, he learned not to ask his Jamaican parents why they had emigrated to Britain. ‘We’re here because we’re here’, his father would say, ‘You have some place else to go?’. But now, seventy years after the arrival of ships such as the Windrush, this generation of pioneers are ready to tell their stories. ‘Homecoming’ draws on over a hundred first-hand interviews, archival recordings and memoirs by the women and men who came to Britain from the West Indies between the late 1940s and the early 1960s. 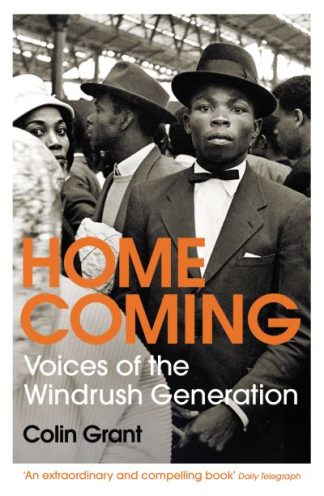 You're viewing: Homecoming: Voices of the Windrush Generation by Colin Grant £9.99
Add to basket