Heroes: Mortals and Monsters, Quests and Adventures by Stephen Fry

Few mere mortals have ever embarked on such bold and heart-stirring adventures, overcome myriad monstrous perils, or outwitted scheming vengeful gods, quite as stylishly and triumphantly as Greek heroes. Join Jason aboard the Argo as he quests for the Golden Fleece. See Atalanta – who was raised by bears – outrun any man before being tricked with golden apples. Witness wily Oedipus solve the riddle of the Sphinx and discover how Bellerophon captures the winged horse Pegasus to help him slay the monster Chimera. 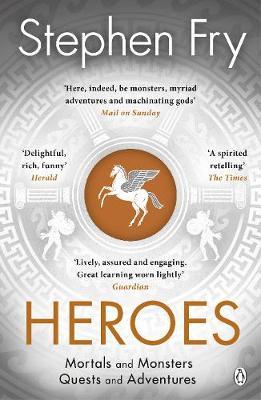 You're viewing: Heroes: Mortals and Monsters, Quests and Adventures by Stephen Fry £8.99
Add to basket
Join the waiting list We will inform you when the product arrives in stock. Please leave your valid email address below.