Our sun drives the weather forms the landscape feeds and fuels – but sometimes destroys – the creatures that live upon it controls their patterns of activity makes chemicals in the skin that cheer up those who bask in its rays and for the ancients was the seat of divine authority. In Here Comes the Sun Steve Jones shows how life on Earth is ruled by our nearest star. It is filled with unexpected connections; between the need to stay cool and man’s ability to stand upright between the power of memory and the onset of darkness between the flow of solar energy through the plants and animals and of wealth through society and between Joseph Goebbel’s 1938 scheme to make Edinburgh the summer capital of a defeated Britain and the widening gap in the life expectancy of Scottish men compared to that of other European men brought on by thnat nation’s cloudy climate. Its author charts some of his own research in places hot and cold across the globe on the genetic and evolutionary effects of sunlight on snails fruit-flies and people and shows how what was once no more an eccentric specialism has grown to become a subject of wide scientific social and political significance. Stunningly evocative beautifully written and packed full of insight Here Comes the Sun is Steve Jones’s most personal book to date. 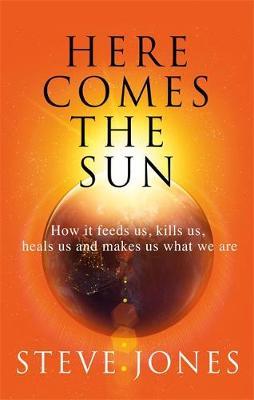 You're viewing: Here Comes The Sun by Steve Jones £20.00
Add to basket