Which was the first railway in Great Britain? Certainly not the one engineered by George Stephenson – one of the first was laid down at Wollaton near Nottingham open by 1610 long before Stephenson’s birth in 1781. In this comprehensive history Colin Maggs one of the country’s foremost railway historians tells the story of over 400 years of British railway history. He covers early horse and gravity-worked lines to those powered by steam electricity and diesel. The development of locomotives rolling stock signalling and major accidents – often marking major changes in how the network was run – are all described in detail. Pivotal moments including the Amalgamation of 1923 when most railway companies became part of the GWR LMSR or LNER nationalisation and privatisation are set in their historical context. Colin Maggs also ventures his views on where Britain’s railways will go in the future including HS2 and beyond. Great Britain’s Railways is illustrated with more than 200 photographs of rolling stock railway architecture and period ephemera. 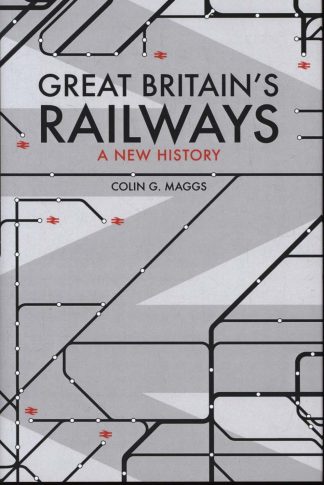