For years, Rafi Delarua saw his family suffer under his father’s unethical use of psionic power. Now the government has Rafi under close watch but, hating their crude attempts to analyse his brain, he escapes to the planet Punartam, where his abilities are the norm, not the exception. Punartam is also the centre for his favourite sport, wallrunning – and thanks to his best friend, he has found a way to train with the elite. But Rafi soon realises he’s playing quite a different game, for the galaxy is changing; unrest is spreading and the Zhinuvian cartels are plotting, making the stars a far more dangerous place to aim. 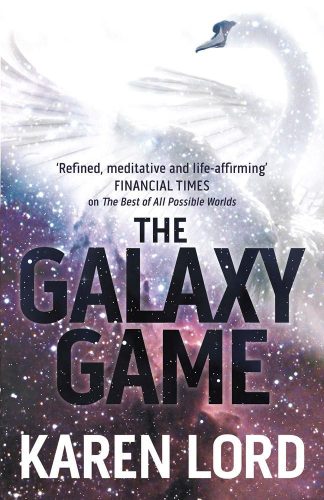 You're viewing: Galaxy Game by Karen Lord £9.99
Add to basket
Join the waiting list We will inform you when the product arrives in stock. Please leave your valid email address below.