In this timely and very readable new work, Walvin focuses not on abolitionism or the brutality and suffering of slavery, but on resistance, the resistance of the enslaved themselves – from sabotage and absconding to full-blown uprisings – and its impact in overthrowing slavery. He also looks that whole Atlantic world, including the Spanish Empire and Brazil. In doing so, he casts new light on one of the major shifts in Western history in the past five centuries. In the three centuries following Columbus’s landfall in the Americas, slavery became a critical institution across swathes of both North and South America. It saw twelve million Africans forced onto slave ships, and had seismic consequences for Africa. It led to the transformation of the Americas and to the material enrichment of the Western world. It was also largely unquestioned. 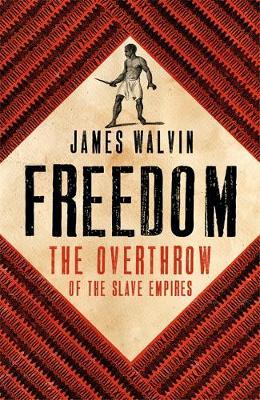 You're viewing: Freedom by James Walvin £20.00
Add to basket
Join the waiting list We will inform you when the product arrives in stock. Please leave your valid email address below.