Polari is a language that was used chiefly by gay men in the first half of the twentieth century. At a time when being gay could result in criminal prosecution – or worse – Polari offered its speakers a degree of public camouflage, a way of expressing humor, and a means of identification and of establishing a community. In the mid-1960s it was thrust into the limelight by the characters Julian and Sandy, voiced by Hugh Paddick and Kenneth Williams, on the BBC radio show Round the Horne: ‘Oh Mr Horne, how bona to vada your dolly old eke!’ In ‘Fabulosa!’, Paul Baker recounts the story of Polari with skill, erudition, and tenderness. He traces its historical origins and describes its linguistic nuts and bolts, exploring the ways and the environments in which it was spoken, the reasons for its decline, and its unlikely reemergence in the twenty-first century. 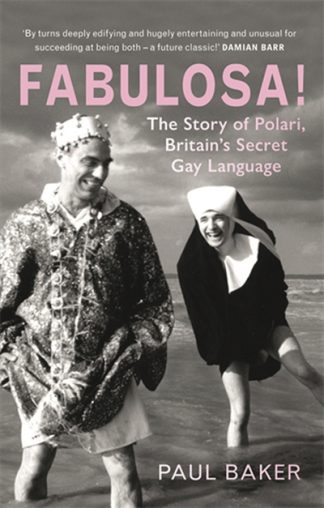