Empire Of Democracy by Simon Reid-Henry

Half a century ago, at the height of the Cold War and amidst a world economic crisis, the Western democracies were forced to undergo a profound transformation. Against what some saw as a full-scale ‘crisis of democracy’ – with race riots, anti-Vietnam marches and a wave of worker discontent sowing crisis from one nation to the next – a new political-economic order was devised and the postwar social contract was torn up and written anew. In this epic narrative of the events that have shaped our own times, Simon Reid-Henry shows how liberal democracy, and Western history with it, was profoundly re-imagined when the postwar Golden Age ended. 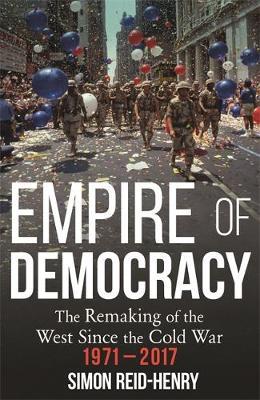 You're viewing: Empire Of Democracy by Simon Reid-Henry £30.00
Add to basket
Join the waiting list We will inform you when the product arrives in stock. Please leave your valid email address below.