Outgrown BEAST QUEST? Enter the world of the Dragon Knights!Twelve years ago, on the Islands of Alariss, General Vayn gained power in a military coup after the emperor and empress had “a tragic accident”. The Dragon Knights, an elite force loyal to the emperor, with the ability to transform into dragons, were defeated by Vayn’s dark magic during a fierce battle. Vayn used his powers to bind the Dragon Knights in their human forms and banished them to the outer islands. Now the realm is in ruins and Vayn’s Black Guard rampage through it, taking whatever they want. When Vayn’s nephew, Quinn, discovers that he’s the Crown Prince, the true heir, rescued and brought up by his former palace nursemaid, he swears to stand up to his uncle and claim what is rightfully his. Ignus the Flame Dragon has been trapped in human form as a blacksmith in the Floating Mountains. With the help of Thea, a feisty girl with magic skills and an uncertain past, Quinn must break the spell and return Ignus to his true Dragon Knight destiny.The first in an exciting new dragon-fantasy series for 9-12 year olds. 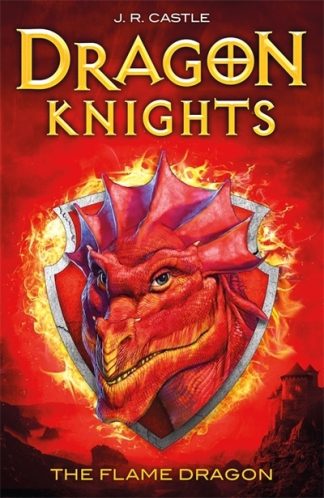