Dominion: The Making of the Western Mind by Tom Holland

Christianity is the most enduring and influential legacy of the ancient world, and its emergence the single most transformative development in Western history. Even the increasing number in the West today who have abandoned the faith of their forebears, and dismiss all religion as pointless superstition, remain recognisably its heirs. Seen close-up, the division between a sceptic and a believer may seem unbridgeable. Widen the focus, though, and Christianity’s enduring impact upon the West can be seen in the emergence of much that has traditionally been cast as its nemesis: in science, in secularism, and yes, even in atheism. That is why ‘Dominion’ will place the story of how we came to be what we are, and how we think the way that we do, in the broadest historical context. 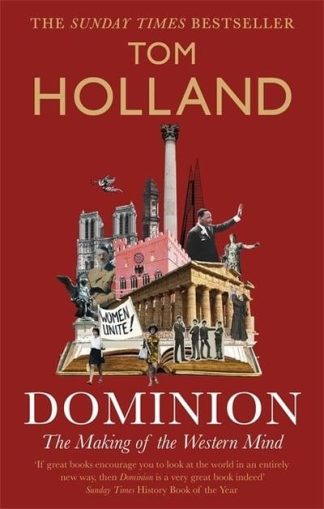 You're viewing: Dominion: The Making of the Western Mind by Tom Holland £10.99
Add to basket