Dogs In Space The Amazing True Story of by Vix Southgate

Meet Belka and Strelka, the two dogs who changed the face of space history and became international celebrities in the process! In 1960, two stray dogs were plucked from the streets of Moscow to be the guinea pigs of manned space flight. ‘Dogs in Space’ tells the incredible true story of these heroic strays – named Belka and Strelka. Selected from a number of potential canine cosmonauts, Belka and Strelka are put through their paces on the ground, as they practice rocket simulations and wearing spacesuits, before being launched into outer space as the first ever living creatures to successfully orbit the Earth. Miraculously, the dogs survive the mission and upon their return embark on a tour of the USSR, clad in their carefully tailored jumpsuits – one red, one green – becoming international celebrities in the process. 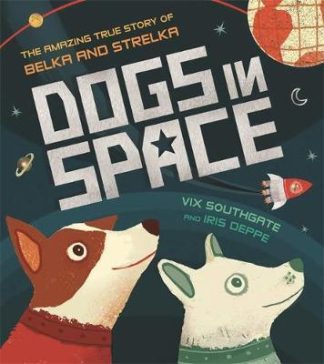 You're viewing: Dogs In Space The Amazing True Story of by Vix Southgate £12.99
Add to basket