View basket “Different Seasons by Stephen King” has been added to your basket.

Read the original stories which became the celebrated films STAND BY ME, APT PUPIL and THE SHAWSHANK REDEMPTION, voted the world’s most popular movie.

In this classic collection of four novellas, the grand master takes you on irresistible journeys into the far reaches of horror, heartache and hope.

Rita Hayworth and Shawshank Redemption is the story of two men convicted of murder – one guilty, one innocent – who form the perfect partnership as they dream up a scheme to escape from prison.

In Apt Pupil a golden schoolboy entices an old man with a past to join in a dreadful union.

The Body sees four young boys venture into the woods and find life, death . . . and the end of innocence.

The Breathing Method is the tale of a doctor who goes to his club and discovers a woman determined to give birth – no matter what. 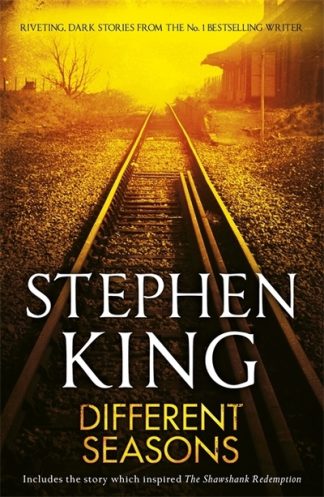 You're viewing: Different Seasons by Stephen King £10.99
Add to basket