Defending the Rock: Gibraltar and the Second World War by Nicholas Rankin

Adolf Hitler’s failure to take Gibraltar in 1940 lost him the Second World War. But in truth the formidable Rock, jutting between the Mediterranean and the Atlantic, was extraordinarily vulnerable. Every day, ten thousand people crossed its frontier to work, spy, sabotage or escape. It was threatened by Spain, Vichy France, Italy, and Germany. After the USA entered the war, Gibraltar became General Eisenhower’s strategic headquarters for the invasion of North Africa and the battle for the Mediterranean. 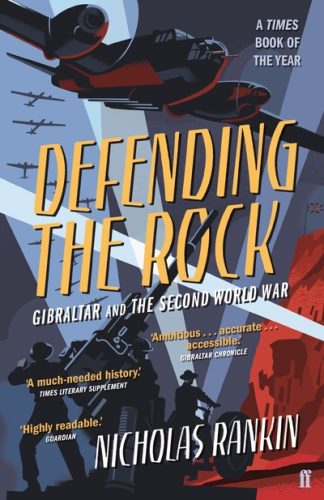 You're viewing: Defending the Rock: Gibraltar and the Second World War by Nicholas Rankin £9.99
Add to basket