Death of a Salesman (MSE) by Arthur Miller

Death of a Salesmanis Miller’s tragic masterpiece and one of the greatest plays of the twentieth century. Awarded the Pulitzer Prize in 1949, the play remains a classic work of literature and drama that is studied and performed around the world. This critical edition offers a wealth of authoritative and helpful commentary by one of the leading international Miller scholars. Prepared in consultation with the author’s estate, it is the definitive edition of the work.

Willy Loman is an ageing travelling salesman haunted and driven by empty dreams of prosperity and success. Justly celebrated as one of the most famous dramatisations of the failure of the American Dream, the play’s moral and political purpose is perfectly counterbalanced by a powerful and moving human drama of a man trying to make his way in the world and of the human flaws that lead to the shattering of his family and of their idol.

This Student Edition features an extensive introduction by Enoch Brater which makes it the perfect edition for students of literature and drama. It includes a chronology of Miller’s life and times; a summary of the plot, commentary on the characters, themes, language and context, a production history of the play and questions for further study. 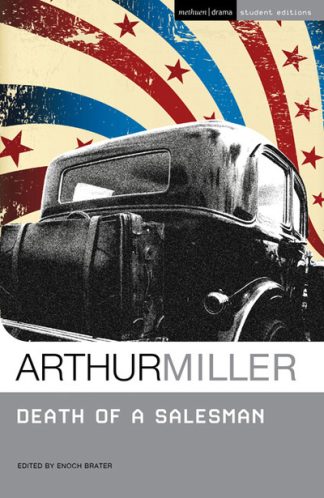 You're viewing: Death of a Salesman (MSE) by Arthur Miller £8.99
Add to basket