When Bill Masen wakes up blindfolded in hospital there is a bitter irony in his situation. Carefully removing his bandages, he realizes that he is the only person who can see: everyone else, doctors and patients alike, have been blinded by a meteor shower. Now, with civilization in chaos, the triffids – huge, venomous, large-rooted plants able to ‘walk’, feeding on human flesh – can have their day.

The Day of the Triffids, published in 1951, expresses many of the political concerns of its time: the Cold War, the fear of biological experimentation and the man-made apocalypse. However, with its terrifyingly believable insights into the genetic modification of plants, the book is more relevant today than ever before.

John Wyndham was born in 1903. After a wide experience of the English preparatory school he was at Bedales from 1918 to 1921. Careers which he tried included farming, law, commercial art, and advertising, and he first started writing short stories, intended for sale, in 1925. During the war he was in the Civil Service and afterwards in the Army. In 1946 he began writing his major science fiction novels including “The Kraken Wakes”, “The Chrysalids” and “The Midwich Cuckoos”. 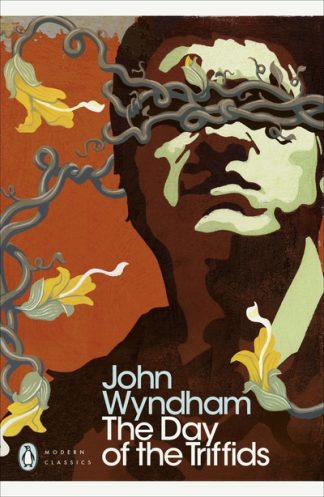 You're viewing: Day of theTriffids (PMC) by John Wyndham £8.99
Add to basket