Consorts Of Heaven by J Fenn

The book is SF, but the first three-quarters take place in an almost fantasy setting. It is not a sequel to PRINCIPLES OF ANGELS, but it is set in the same universe and share the same villains, the Sidhe.

When a naked, amnesiac stranger is found outside a remote highland village, he is taken in by Kerin, a widow whose unconventional ways are tolerated because her son Damaru is ‘skytouched’ – he appears simple, but he is able to affect matter. All skytouched are tested by the Beloved Daughter, the living goddess who rules the world from the City of Light. If he’s found worthy, Damaru will become a Consort of the skymothers, the Gods of this world.

Kerin and the stranger, nicknamed Sais, accompany Damaru to the City, in the company of a priest who’s helping Sais to get back his missing past – but as Sais recovers his memory, he realises that the world does not work the way he assumed – and everyone believes – it does. Worse still, the hierarchy which has kept society stable for thousands of years is rotten to the core. Then Kerin and Sais uncover the true nature of the world, and the unimaginable fate of the Consorts – a fate Kerin will do anything to stop her son sharing. 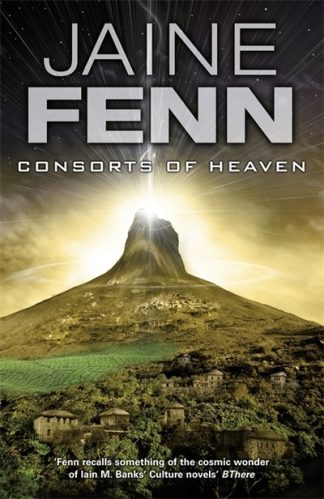 You're viewing: Consorts Of Heaven by J Fenn £7.99
Add to basket