View basket “The Weaker Vessel: Woman’s Lot in Seventeenth-century England by Antonia Fraser” has been added to your basket.

Chanel’s Riviera: Life, Love and the Struggle for Survival on the Cote d’Azur by Anne de Courcy

Far from worrying about the onset of war, in the spring of 1938 the burning question on the French Riviera was whether one should curtsey to the Duchess of Windsor. Few of those who had settled there thought much about what was going on in the rest of Europe. It was a golden, glamorous life, far removed from politics or conflict. Featuring a sparkling cast of artists, writers and historical figures including Winston Churchill, Daisy Fellowes, Salvador Dali, the Duke and Duchess of Windsor, Eileen Gray and Edith Wharton, with the enigmatic Coco Chanel at its heart, this is a captivating account of a period that saw some of the deepest extremes of luxury and terror in the whole of the 20th century. 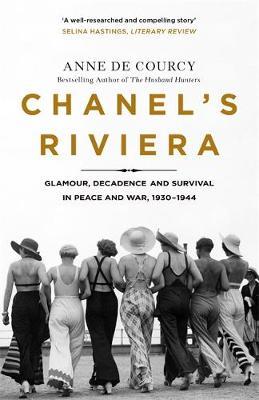 You're viewing: Chanel’s Riviera: Life, Love and the Struggle for Survival on the Cote d’Azur by Anne de Courcy £10.99
Add to basket