Cassandra Darke is an art dealer, mean, selfish, solitary by nature, living in Chelsea in a house worth 7 million. She has become a social pariah, but doesn’t much care. Between one Christmas and the next, she has sullied the reputation of a West End gallery and has acquired a conviction for fraud, a suspended sentence and a bank balance drained by lawsuits. On the scale of villainy, fraud seems to Cassandra a rather paltry offence – her own crime involving ‘no violence, no weapon, no dead body’. But in Cassandra’s basement, her young ex-lodger, Nicki, has left a surprise, something which implies at least violence and probably a body – Something which forces Cassandra out of her rich enclave and onto the streets. 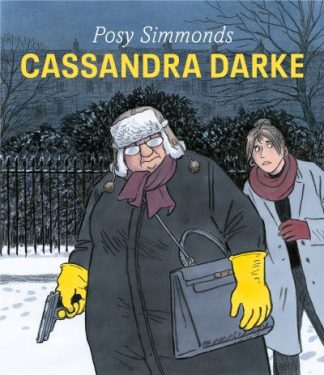 You're viewing: Cassandra Darke by Posy Simmonds £16.99
Add to basket