David Gahr (1922-2008) was tapped by Columbia Records designer John Berg to shoot cover art for Bruce Springsteen’s second album, The Wild, the Innocent and the E Street Shuffle. Gahr’s earliest photographs of the musician showcase a youthful Springsteen, not even aged twenty-three, in Asbury Park, New Jersey, on the eve of a career breakthrough. Gahr befriended the rising star, and over a span of approximately ten years he photographed Springsteen, both on- and offstage. Rare captures include Springsteen recording music, performing at the cramped venue Bottom Line weeks before the release of his seminal 1975 album Born to Run, and playing to legions of fans during his Born in the USA tour. Bruce Springsteen 1973-1986 is an unprecedented look back at Bruce Springsteen and the E Street Band on their path to becoming rock legends. 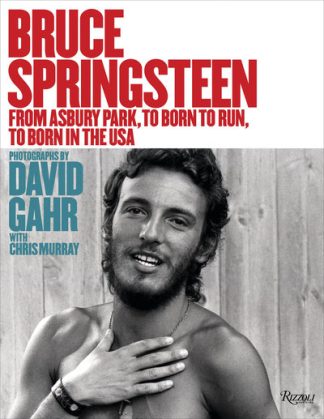