In a chamber overlooking the nighttime waterways of a maritime city, a man looks back on his youth and the people who shaped his life. Danio Cerra’s intelligence won him entry to a renowned school, though he was only the son of a tailor. He took service at the court of a ruling count – and soon learned why that man was known as The Beast. Danio’s fate changed the moment he recognised Adria Ripoli as she entered the count’s chambers one night – intending to kill. Born to power, Adria had chosen a life of danger – and freedom – instead. Other vivid figures share the story: a healer determined to defy her expected lot; a charming, frivolous son of immense wealth; a religious leader more decadent than devout; and, affecting these lives and many more, two mercenary commanders, whose rivalry puts a world in the balance. 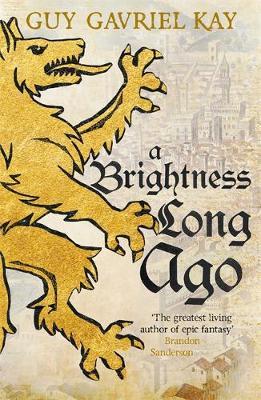 You're viewing: Brightness Long Ago by Guy Gavriel Kay £9.99
Add to basket