The ivied walls of Blandings Castle have seldom glowed as sunnily as in these wonderful stories – but there are snakes in the rolling parkland ready to nip Clarence, the absent-minded Ninth Earl of Emsworth, when he least expects it.

For a start the Empress of Blandings, in the running for her first prize in the Fat Pigs Class at the Shropshire Agricultural Show, is off her food — and can only be coaxed back to the trough by a call in her own language. Then there is the feud with Head Gardener McAllister, aided by Clarence’s sister, the terrifying Lady Constance, and the horrible prospect of the summer fête – twin problems solved by the arrival of a delightfully rebellious little girl from London. But first of all there is the vexed matter of the custody of the pumpkin.

Skipping an ocean and a continent, Wodehouse also treats us to some unputdownable stories of excess from the monstrous Golden Age of Hollywood. 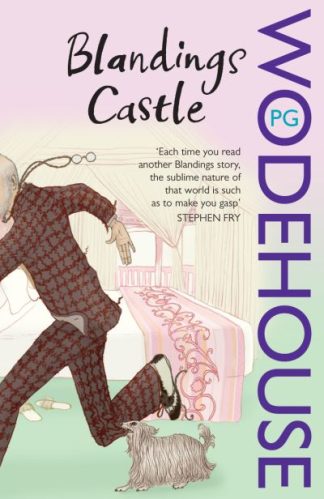 You're viewing: Blandings Castle and Elsewhere by P. G. Wodehouse £8.99
Add to basket