Black Girls Book Club was founded by Melissa Cummings-Quarry & Natalie A Carter to create a safe space for Black women to come together over a shared love of books. They have interviewed, amongst many others, Tayari Jones, Malorie Blackman, Diane Abbott and Bernardine Evaristo. They have featured in British Vogue, Stylist, Time Out, and on the BBC and Sky Arts. Their debut book GROWN: The Black Girls Guide to Growing up will be published by Bloomsbury in 2021. 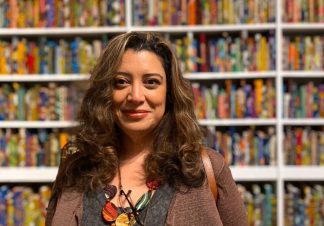 You're viewing: Black Girls Book Club In Conversation with Leone Ross – ‘This One Sky Day’ £16.99
Add to basket