Bernard Who by Bernard Cribbins

This is the long-awaited autobiography of national treasure Bernard Cribbins. Bernard Cribbins’s life has been an eventful one. In 1943, he left school aged fourteen and joined Oldham Repertory Company where he earned fifteen bob for a seventy-hour week. After being called up for National Service in 1946 he became a paratrooper and spent several months in Palestine being shot at. On returning home, and to the theatre, Bernard was eventually approached by George Martin, then an A&R man for Parlophone Records, who suggested he made a record. Just months away from producing The Beatles, Martin asked Bernard to come to Abbey Road Studios in north London and, after teaching him how to sing into a microphone, they eventually recorded two hit singles – ‘The Hole in the Ground’ and ‘Right Said Fred’. 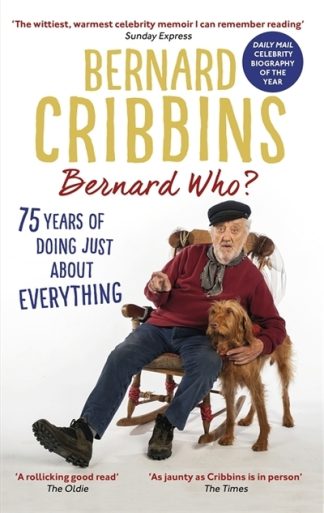 You're viewing: Bernard Who by Bernard Cribbins £9.99
Add to basket