Beneath the World, a Sea by Chris Beckett

South America, 1990. Ben Ronson, a British police officer, arrives in a mysterious forest to investigate a spate of killings of a local species called the Duendes. They are silent, vaguely humanoid creatures – with long limbs and black button eyes – that have a strange psychic effect on people, exposing them to their suppressed thoughts and fears. The crimes have taken place in a landscape known as the Delta and to reach it Ben has crossed the Zone, a territory which wipes the memories of all who pass through. He remembers nothing of the preceding days; what he did or felt or saw. Ben is uneasy about what he may have done in the Zone and avoids opening the diaries he kept whilst there, busying himself with the investigation instead. He becomes fascinated by the Duendes, but the closer he gets, the more he begins to unravel. 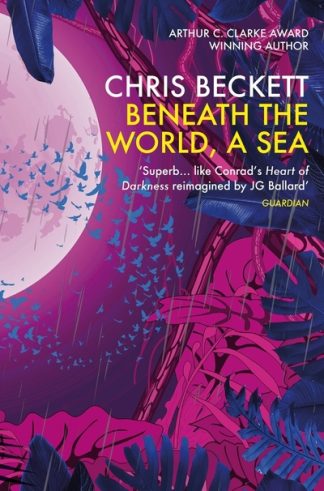 You're viewing: Beneath the World, a Sea by Chris Beckett £8.99
Add to basket