In the wake of the ‘Beast from the East’, the cold snap that ravaged the UK in 2018, a grisly discovery was made in a ruin on the Northumbrian coast. Twenty-four-year-old vlogger Elizabeth Barton had been barricaded inside what locals refer to as ‘The Vampire Tower’, where she was later found frozen to death. Three young men, part of an alleged ‘cult,’ were convicted of this terrible crime, which they described as a ‘prank gone wrong.’ However, questions about the nature of the victim’s death – and whether the three convicted youths were even responsible – soon become hard to ignore. 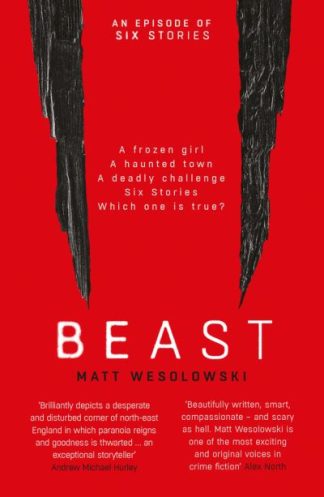 You're viewing: Beast by Matt Wesolowski £8.99
Add to basket