Throughout the history of the Roman Empire, it faced significant resistance and rebellion from peoples whom it regarded as barbarians. Gibbon saw the Roman Empire as one of the highest points of human achievement destroyed by barbarian invaders: Ostrogoths, Visigoths, Goths, Vandals, Huns, Picts and Scots. To others, as Rome was ravaged, new life was infused into an expiring Italy. Resisting from outside Rome’s borders or rebelling from within, they emerge vividly in Rome’s historical tradition, and left a significant footprint in archaeology. ‘Barbarians’ examines the challenges to Rome’s primacy. 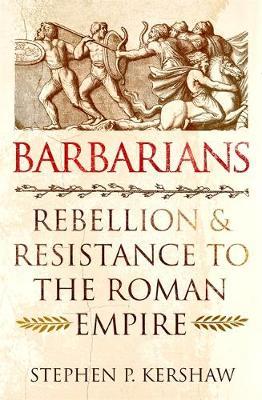 You're viewing: Barbarians by Stephen P Kershaw £25.00
Add to basket