About Grace by Anthony Doerr

A beautifully written story about loss and finding hope and  the courage within, the descriptions of human experience in the natural environment stayed with me long after I closed this wonderful book!

Beautifully written and compelling, About Grace is the brilliant debut novel from Anthony Doerr.

Growing up in Alaska, young David Winkler is crippled by his dreams. At nine, he dreams a man is decapitated by a passing truck on the path outside his family’s home. The next day, unable to prevent it, he witnesses an exact replay of his dream in real life. The premonitions keep coming, unstoppably. He sleepwalks during them, bringing catastrophe into his reach.

Then, as unstoppable as a vision, he falls in love, at the supermarket (exactly as he already dreamed) with Sandy. They flee south, landing in Ohio, where their daughter Grace is born. And then the visions of Grace’s death begin for Winkler, as their waterside home is inundated. Plagued by the same horrific images of Grace drowning, when the floods come, he cannot face his destiny and flees.

He beaches on a remote Caribbean island, where he works as a handyman, chipping away at his doubts and hopes, never knowing whether Grace survived the flood or met the doom he foretold. After two decades, he musters the strength to find out? 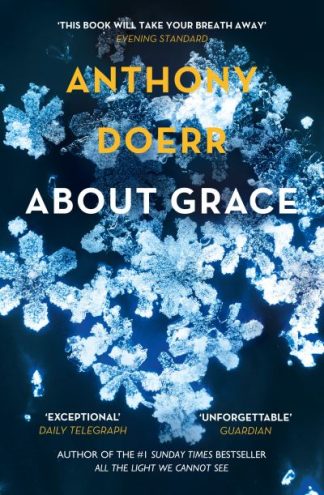 You're viewing: About Grace by Anthony Doerr £8.99
Add to basket