A Treachery of Spies by Manda Scott

An elderly woman of striking beauty is found murdered in Orleans, France. Her identity has been cleverly erased but the method of her death is very specific: she has been killed in the manner of traitors to the Resistance in World War Two. Tracking down her murderer leads police inspector Inès Picaut back to 1940s France where the men and women of the Resistance were engaged in a desperate fight for survival against the Nazi invaders. To find answers in the present Picaut must discover what really happened in the past, untangling a web of treachery and intrigue that stretches back to the murder victim’s youth: a time when unholy alliances were forged between occupiers and occupied, deals were done and promises broken. 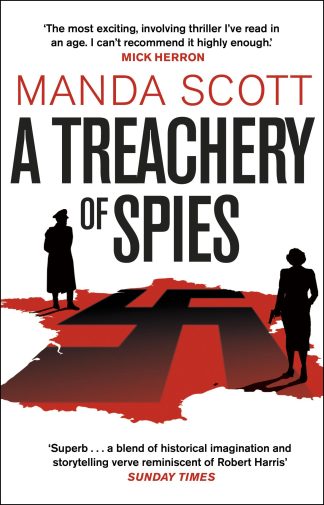 You're viewing: A Treachery of Spies by Manda Scott £8.99
Add to basket
Join the waiting list We will inform you when the product arrives in stock. Please leave your valid email address below.