A Man Without Breath: A Bernie Gunther Novel by Philip Kerr

‘One of the greatest anti-heroes ever written’ LEE CHILD

Berlin, March 1943. The mood in Germany is bleak after their stunning defeat at Stalingrad. Private Investigator Bernie Gunther is at work in the German War Crimes Bureau – weary, cynical but well aware of the value of truth in a world where that’s now a rarity.

When human remains are found deep in the Katyn Forest, Bernie is sent to investigate. Rumour has it that this mass grave is full of Polish officers murdered by the Russians. For Josef Goebbels, proof of Russian involvement is sure to destroy the Western Alliance, giving Germany a chance to reverse its devastating losses. But supposing the truth is far more damaging to the German cause?

It’s Bernie Gunther’s job to give Goebbels what he needs. But when there’s nothing left for Gunther to lose, the compulsion to speak the truth becomes ever stronger… 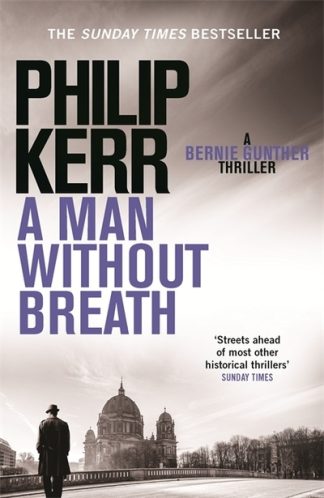 You're viewing: A Man Without Breath: A Bernie Gunther Novel by Philip Kerr £8.99
Add to basket