For a fearless girl called Justice Jones, super-smart super-sleuth, it’s just the start of a spine-tingling first term at Highbury House Boarding School for the Daughters of Gentlefolk. When Justice’s mother dies, her father packs her off to Highbury House Boarding School for the Daughters of Gentlefolk. He’s a barrister – specialising in murder trials – and he’s just too busy to look after her alone. Having previously been home-schooled, the transition is a shock. Can it really be the case that blondes rule the corridors? Are all uniforms such a charming shade of brown? And do schools normally hide dangerous secrets about the murder of a chamber maid? Justice takes it upon herself to uncover the truth. 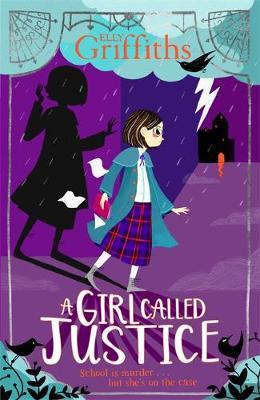 You're viewing: A Girl Called Justice by Elly Griffiths £6.99
Add to basket
Join the waiting list We will inform you when the product arrives in stock. Please leave your valid email address below.